The peace process in Myanmar hasn’t been going well for quite some time. And things are not looking up with COVID-19.

Last year the peace process almost came to a complete stop over disagreements to establish a federal union. The next Panglong conference, named after the historic location of the 1947 federalism agreement, was scheduled for the end of April but postponed until May or June due to COVID-19.

And the past couple of months, the fighting has even intensified despite COVID-19 spreading across the country. In Northern Rakhine and Chin states, for example, clashes continue between the Arakan Army and the military.

On 8 April, The Irrawaddy reported fighting between the military and the Arakan Army “in which a total of 21 villagers were killed and about two-dozen were injured when Myanmar military fighter jets opened fire on four villages in Paletwa Township in Chin State, according to local residents and relief groups.”

Traditionally, the period before the start of the rainy season in May is a period of intensified fighting, before the torrential rains freeze the frontlines.

The Three Brotherhood Alliance, including the Arakan Army, announced a unilateral ceasefire from 1 to 30 April 2020 citing the spread of COVID-19. The military responded by stating “[t]his serves nothing but for their own political interests.”

There is, however, limited coordination between EAOs and the government.

The National Reconciliation and Peace Center is in contact with EAOs to monitor the spread of the disease. And Restoration Council of Shan State leader General Yawd Serk, briefly mentioned the governments’ effort to contain the virus in a public statement. But mostly EAOs are left to fend for themselves in managing COVID-19 while the fighting continues.

Moreover, the military is using the COVID-19 crisis to push through laws further undermining the trust of the EAOs and the civilian part of the government.

On 23 March, one of the Ethnic Armed Organisations, the Arakan Army, was declared a terrorist organisation and unlawful association. This allows the military to sue anyone “affiliated” with the Arakan Army (AA) or the United League of Arakan, its political arm, under the controversial Antiterrorism Law.

It already used the newly gained method to intimidate editors interviewing Arakan Army members about the declaration as a terrorist association. The declaration doesn’t define who is considered to be “affiliated” or “related” with the AA. Apparently, anyone talking to AA members can be sued under the Antiterrorism law. Does this also apply to family members or shop-owners selling food to AA members?

In a similarly bold move, the military chose power over trust when it set up its own COVID-19 committee.

The second committee is spearheaded by the former general and Vice President Myint Swe, “known for his past record of arrests and crackdowns, including a lead role in the lethal clampdown on the 2007 Buddhist-monk led “Saffron Revolution” protest,” according to Asia Times.

Only months ago, Suu Kyi went to the International Court of Justice in The Hague to defend the army’s actions against genocide allegations. At that time, billboards across the country were jotted with images of Suu Kyi and three generals, with the tagline “We stand with Aung San Suu Kyi”, in a brilliant marketing campaign unifying The Lady and the military. When Suu Kyi was released from house arrest in 2010, many people wore shirts with the same slogan. 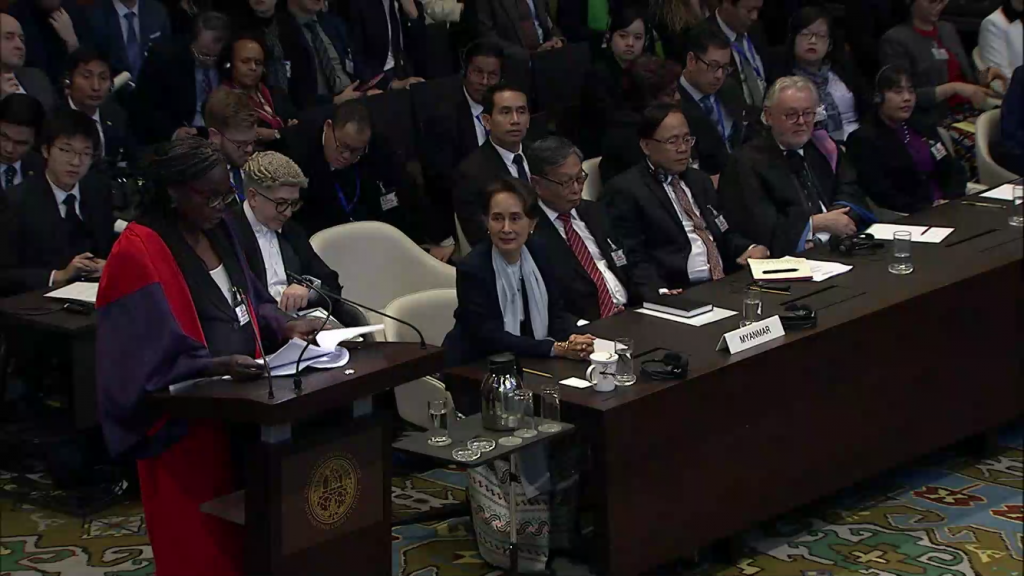 The favour was not returned on 20 March when changes to the constitution, amongst others allowing Suu Kyi to officially become President of the nation, which were rejected in Parliament. Every new law or constitutional change requires more than 75 percent of the votes, boiling down to at least one army vote in the Parliament that reserves 25 percent of seats for the army as stated in the 2008 Constitution.

The military did, however, restore the powers it has lost since Suu Kyi came into power in 2015. The COVID-19 committee has the power to clamp down on “fake news” and “disinformation” that could cause “panic among the people” as Asia Times reports.

The problem now is that the civilian part of the government doesn’t have the resources or the presence across the country to enforce a lockdown if people don’t abide to an informal call for social distancing or to distribute food and healthcare supplies if need be. 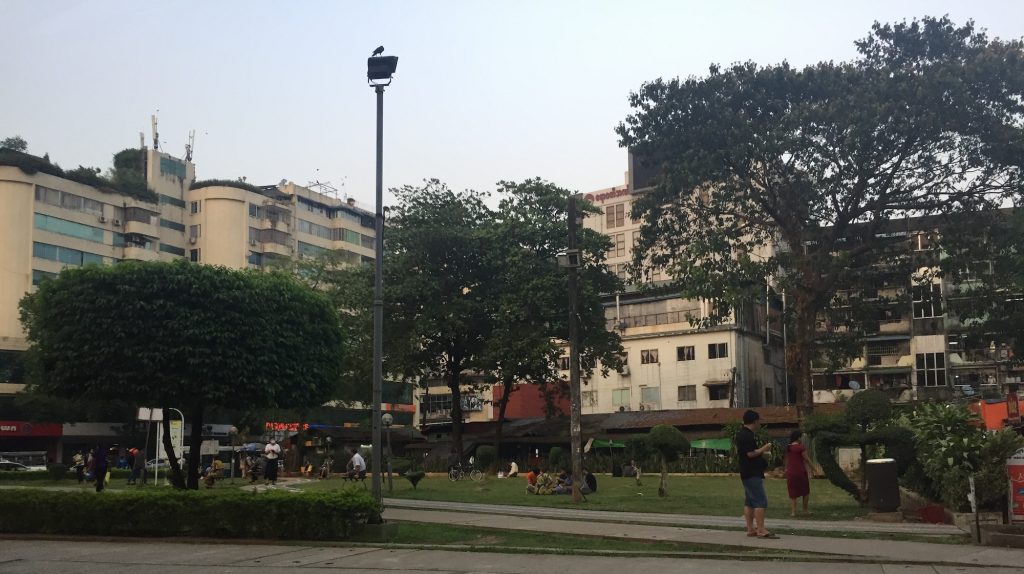 Suu Kyi said in a televised nationwide address on 31 March, that the second committee headed by Vice President Myint Swe “would ensure there are no shortages of food, medicine or other essentials”, instead of her own committee.

Some experts fear the military might use a possible full lockdown as an opportunity for putting boots on the street, as they are the only institute with the resources to enforce a lockdown (the police reports to the Minister of Home Affairs appointed by the military).

For example, the resources of the army are much larger than the relevant government elements. The budgets for the Ministries of Defence and Home Affairs, which controls the police, are 12.3 percent of the 2020 Union budget versus only 3.6 percent for the Ministry of Health and Sports.

So far, Myanmar has only imposed partial travel restrictions most notably from 10 until 19 April for the most significant public holiday of the year, the Buddhist New Year, to prevent the usual travel from the main cities to villages. People in Yangon are told to stay at home except for necessary grocery shopping and health reasons.

It could be a long time before COVID-19 is controlled in Myanmar, with the currently selected neighbourhood quarantines and limited testing abilities, especially outside the large cities.

Even if testing capabilities would increase significantly, Myanmar only has about 200 ventilators across the entire country to care for the worst cases.

The staggering economic impact of COVID-19 so far has already reduced people’s ability to visit clinics. Many people didn’t have the money to visit a clinic and lose a daily wage before the health crisis started.

Since the emergence of COVID-19, garment factories closed laying off more than 25,000 workers, migrants lost their jobs in Thailand and China and many day-labourers are forced to stay at home.

Around 50,000 people may die in Myanmar estimates show. There are also risks of other infectious deceases like Malaria, the current number 1 cause of death, and tuberculosis spiking again.

While the people are preoccupied and put into a dire financial state due to COVID-19, the military uses this opportunity to strengthen its hold on the country.

Share:
Taking you where others don't
Ready to make sense of foreign news?