For women with disabilities, pandemic brings added challenges in Kashmir

People with disabilities led by Javed Ahmad Tak (forth person from the left) protesting in Press Colony, Srinagar to voice their concerns for gender equality and disability-friendly policies. (13 April 2012, Srinagar, India-administered Kashmir)

Akhter had no money to purchase them or seek help due to the strict lockdown in her hometown in Natipora Sangam in South Kashmir. “I couldn’t sleep for nights,” she says. “I wasn’t able to walk. My entire body was in pain. I was not even able to eat or rest.”

On 22 May 2018, Akhter exited a doctor’s clinic, when a shell ripped her hands and a bullet injured her left leg. She was hospitalised for three months. Since then, she depends on medication for leg pain, shortness of breath and sleeping difficulty.

Akhter is an orphan and is looked after by her brother, who is a labourer and earns 350 Indian Rupees (about US$ 4.70) a day. When the local government imposed strict measures to contain the spread of COVID-19, people rushed to markets to stock up on food and medicines. But Akhter and her brother didn’t have the money to make purchases in advance. 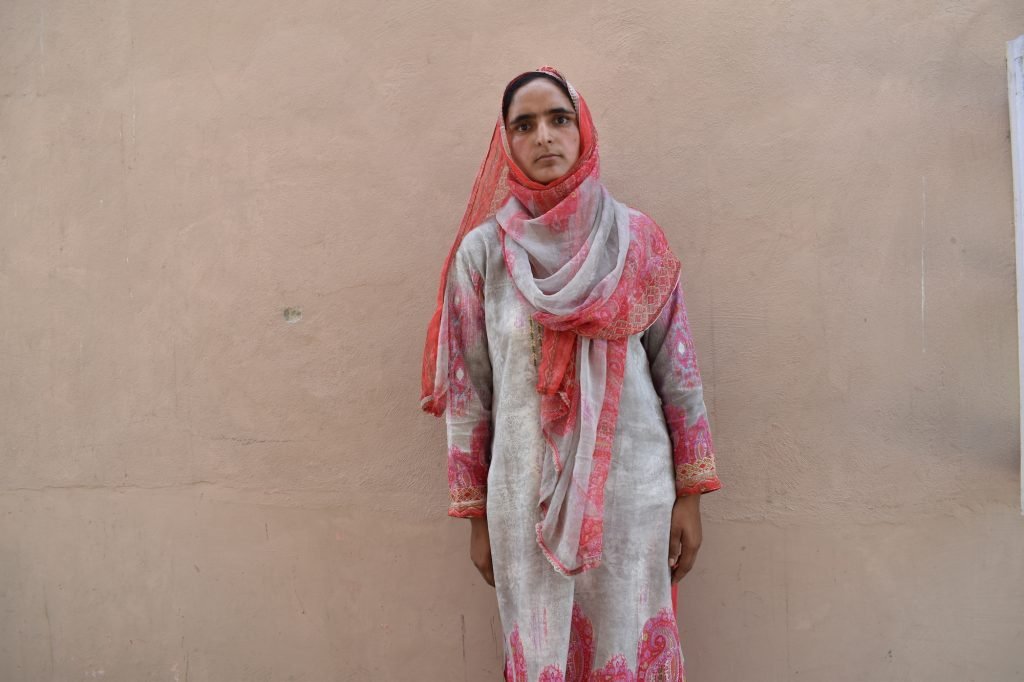 The pandemic, and three subsequent lockdowns, jolted healthcare and the economy in the tumultuous region of Kashmir.

In August 2019, the Indian government revoked Article 370 of its Constitution that granted semi-autonomy to the largely Muslim state of Jammu and Kashmir. Pakistan, backed by China, and India both control pieces of the disputed land in the Himalayas.

One year after the constitutional amendment, the International Crisis Group wrote that “Jammu and Kashmir is less stable today than it was before the Modi government revoked the region’s semi-autonomous status, and drastically changed its constitutional, political, territorial and economic status.”

This makes the situation of marginalized groups even more precarious. The 2011 census lists more than 156,000 women with disabilities in Jammu and Kashmir.

“The COVID-19 crisis exposes […] underlying inequalities and exacerbates the situation of women and girls with disabilities,” states a 2020 policy brief by the United Nations Department of Economic and Social Affairs (UN/DESA).

The policy brief outlines issues including barriers to implementing basic hygiene measures, affordability of healthcare, discriminatory laws and stigma, which “can be life threatening in the midst of a pandemic”.

The state government provides social security pension of INR 1,000 at present to the people with disabilities who have complete documentation and obtained a no-objection certificate from the concerned authorities. But people with conflict-related disabilities struggle to seek a pension.

Like Akhter, there are thousands of people who depend on the local charities or help from relatives, according to Javed Ahmad Tak, founder and Chairman of the Humanity Welfare Organisation Helpline working on disability rights in the region.

“The pandemic has discriminated women with disabilities in the worst form due to lack of infrastructure and social support,” says Tak. Tak states that women faced more domestic violence, lack of support and vulnerability as they cannot follow the COVID-19 guidelines single-handedly due to their limited mobility.

UN/DESA also advises governments to “adopt inclusive and accessible measures to not only mitigate the adverse impacts of the crisis but build resilient societies”.

Update 3 August 2021: The response of Sajad Lone was added.