The role of lenders and loans in Maharashtra’s farmer suicides

Shankar Bhaurao Chayare left behind a wrinkled suicide note with countless creases and folds, indicating that he had long been contemplating suicide. The 50 year old farmer from Rajurvadi village, Yavatmal district died by consuming poison on 14th April, 2018.

Chayare owned nine acres of land on which he cultivated cotton and soybean – both crops failed because of drought in the years of 2014-2016 and 2019. Chayare had a loan of Indian Rupees 100,000 (US$ 1412) from Yavatmal District Cooperative Central Bank (DCCB) and borrowed Rs 70,000 (US$ 988) from relatives. The bank waived the loan following his suicide.

His wife Alka says to Global Ground Media: “His wrinkled suicide note showed he had been thinking about suicide since long. He must have been depressed but could not share it with his family.” 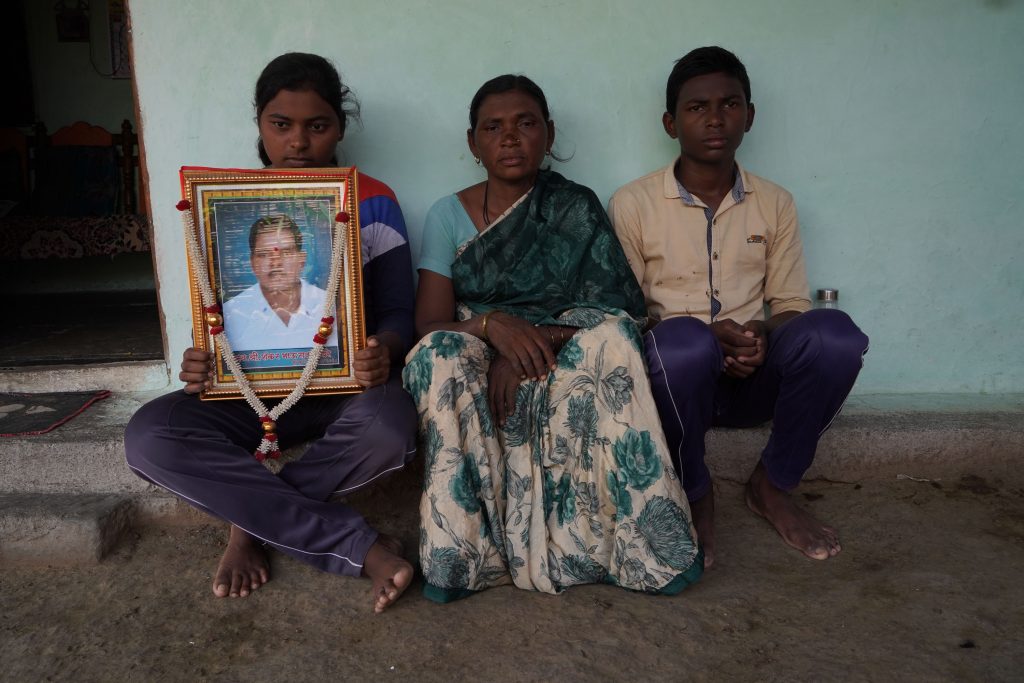 Shankar Chayare took his own life by consuming poison, according to family because he was unable to pay back his agricultural loan of Rs 100,000 for his 9 acres of land. He left a suicide note blaming the Modi governance for his death. (20 July 2019, Rajurwadi, Yavatmal district)

Alka, who now tends to the farm, is not aware of the loan interest rate or if Chayare could repay any of the loan. She received ex gratia compensation — due to families of farmers who killed themselves — of Rs 100,000 (US$ 1412) from the Maharashtra government.

Similarly, a mix of loans from a bank and private lenders drove a father son duo from Bothbodan village, Yavatmal district to suicide within months of each other according to family members. The father, 50-year-old Charan Dagadu Rathod, committed suicide on 30 January 2017 by consuming poison. His son Lahu Dagadu Rathod, barely 23, too consumed poison and died on 24 March.

Charan Rathod’s other son Ankush, a farmer, lamented that private lenders regularly threatened his father, who owned 5 acres of land. “His crops had failed due to drought. My father had a loan of over Rs 70,000 (US$ 988) from Yavatmal DCC Bank and loans of over Rs 150,000 (US$ 2119) from three private lenders who charged interest rates of 20 percent to 30 percent. The private lenders threatened to take away his agricultural land and the land on which his home was built. He consumed poison following one of the threats.”

About his brother Lahu’s suicide, Ankush says: “Being the elder brother, Lahu felt the responsibility of repaying our father’s loans and taking care of the family. He was hardly 23. Under pressure, he committed suicide.” 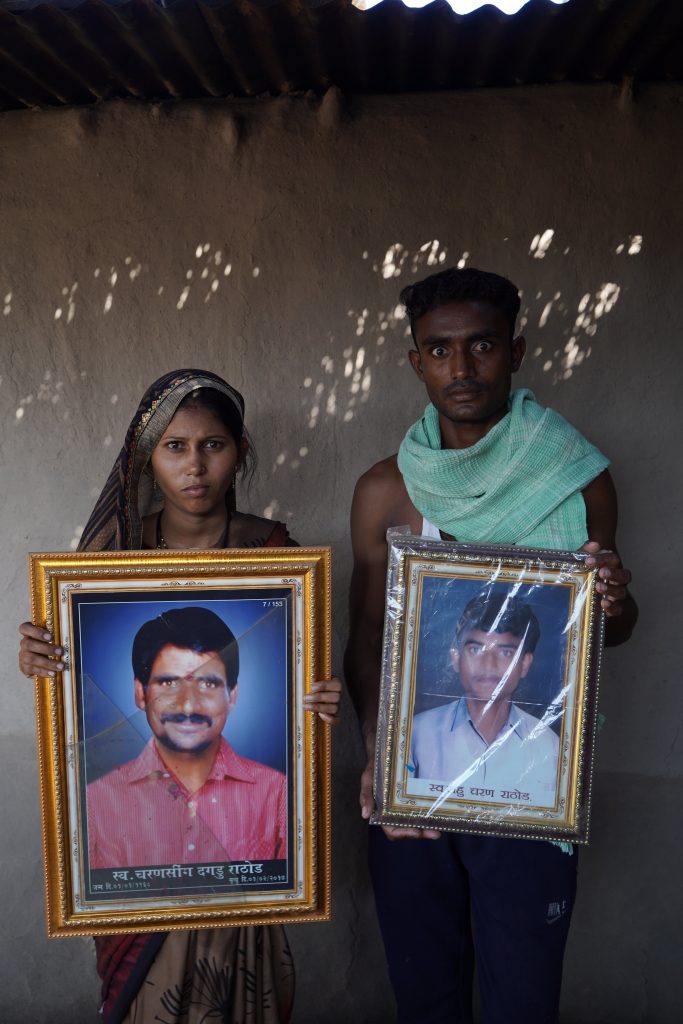 Two months after his father, Charan Rathod’s, death, Lahu Rathod also consumed poison to end his own life. Adding to his father’s debt of Rs 640,000 he had a personal loan of Rs 250,000 to repay. Today, Ankush, his brother, has to repay the remaining loans. (21 July 2019, Bothbodan, Yavatmal district)

The above suicides represent a smattering of the actual numbers.  A series of interviews conducted by Global Ground Media in the Amravati region in July 2019 with families of farmers who killed themselves, showed that farmers committed suicide following the failure of crops — mainly cotton and soybean — over consecutive years, drought and failing to pay off loans from a range of sources.

Right to Information (RTI) information requests filed by activist Jeetendra Ghadge revealed that 11,995 farmers in Maharashtra committed suicide during the period of  January 2015 to the end of 2018— marking a 91 percent increase over the previous three year period. 36.5 percent or 4384 suicides took place alone in Maharashtra’s Amravati region which includes Akola, Yavatmal, Buldhana and Washim districts.

NCRB data on accidental deaths and suicides has not been published after 2016. The most recently released NCRB data for 2016 mentions 11,379 farmer suicides; a decline of 9.7 percent compared to the 12,602 cases in 2015. Unlike in 2015, the statistics for 2016 do not show farmers suicides per state.

Prof R. Ramakumar an agricultural economist at the Tata Institute of Social Sciences says: “The agricultural crisis is expanding to include more farmers from different classes, castes and who farm different crops. Their loans are also from multiple sources. Often the loan from one source is taken to repay loans from another. This is how cash is kept in rotation. Even if the moneylender is not directly involved, there may be a second or third loan involving the moneylender.”

This article was developed with the support of the Money Trail Project (www.money-trail.org).