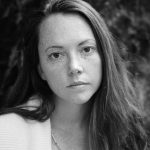 Upon moving to Hong Kong from the US, I started looking into food sourcing to see how I could get fresh, organic produce with a lower carbon footprint than the plastic encased vegetables flown in from Western countries that line the organic sections of supermarkets here.

In these two years I have visited a number of farms in Hong Kong and spoken with farmers, restaurant owners, farmers market organizers, and other consumers.

Raymond and Becky Kwong’s situation became particularly interesting to me when I met with Raymond at one of the restaurants Magic Seasons supplies in Hong Kong, and he began to talk of the stigma they suddenly faced upon moving their farm from Hong Kong to China. After reading numerous reports, written mostly by groups from the EU, analysing agriculture in China and looking into internal studies done by the Chinese government, information aligned indicating that China is making moves to neutralise decades of high-impact agricultural practices that have damaged the country’s natural resources, citizen health, and global image.

Over a year ago, I made the trip to Qingyuan with the Kwongs. I met them in the Hong Kong border town Yuen Long, where there is a small concentration of organic farms. We crossed into Shenzhen and boarded a three hour bus to Qingyuan, where we ate the famous Qingyuan Gai hot pot made from “natural chickens”, picked up their car, and headed to hotel outside the city.

The next morning we drove to their farm, Magic Seasons Organics, where I spent the day taking photographs, observing the farmers and asking the farm manager and the Kwongs questions about their processes.

The many hours we spent on the road together gave me ample time to ask the Kwong’s everything I could from, “what is that body of water near the farm, do you think the water is clean?” to “Do you think your farmers understand why they are using a system that is more manual and more difficult in many ways?”

When I returned from Qingyuan, I began the formal interviews —with Levy, Leung Hayes, Chang, Figueiras, Gale, and Talhelm. The information and opinions they offered painted a cohesive picture of China’s agricultural past and present that ties in with UN assessments of what the future will need to look like if China aspires to improve food safety and environmental viability.

I gained some insight from secondary articles by publications that conducted impressive fieldwork like National Geographic, as well as from data-driven reports by policy think tanks like Civic Exchange and the International Trade Center.