Life on the border

Life in Cambodia for the Cambodian-Vietnamese community has been one of hardship, persecution and even genocide. Long accused of being a fifth column for neighbouring Vietnam – a group of subversive agents who attempt to undermine the nation’s solidarity – the Vietnamese who call Cambodia home do not want to leave – even if they could.

Cambodian Interior Ministry officials came to the village of Pak Nam in 2016. The agricultural community, nestled in a sharp curve of the Cambodian-Vietnamese border in Cambodia’s Kandal Province, in the floodplain of the Mekong River, is like many others on this side of the border. Simple, stilted wooden houses dot the main road, while fields of corn, chilli pepper and rice spread out behind them.

However, Pak Nam is almost exclusively home to descendants of Vietnamese migrants to what is now Cambodia. Many of them survived the genocidal years of Khmer Rouge rule between 1975 and 1979. The Extraordinary Chambers in the Courts of Cambodia (ECCC) found the two surviving senior Khmer Rouge leaders Khieu Samphan and Nuon Chea guilty (pending appeal) of genocide, crimes against humanity, and grave breaches of the Geneva Conventions of 1949, in its judgment in March.

Finally, almost 40 years after the expulsion and killings of the Vietnamese and other ethnic groups, these actions are judged as genocide. The court decision is a critical step for dealing with the past, but the Vietnamese still face hardship and discrimination in modern Cambodia even though many of them were born in the country.

The Cambodian authorities that came to Pak Nam in 2016 collected any paperwork and documents held by the Cambodian-Vietnamese families that constituted or suggested citizenship of Cambodia: voting ID cards; the official ‘Family Books’ that Cambodians use to record births, deaths and marriages; and for those lucky few, the birth certificates that had allowed them access to services and citizenship in Cambodia. This action is repeated across Cambodia constantly.

“We had all our Cambodian paperwork taken away in 2016, including our family book, the ID cards of my parents and our voting registration cards. We felt disappointed, but there was nothing we could do. We felt unwelcome in Cambodia, and it was a surprise,” recalled Pak Nam resident, Tho. Only the first names of residents of Pak Nam have been used to protect their identity for safety reasons. 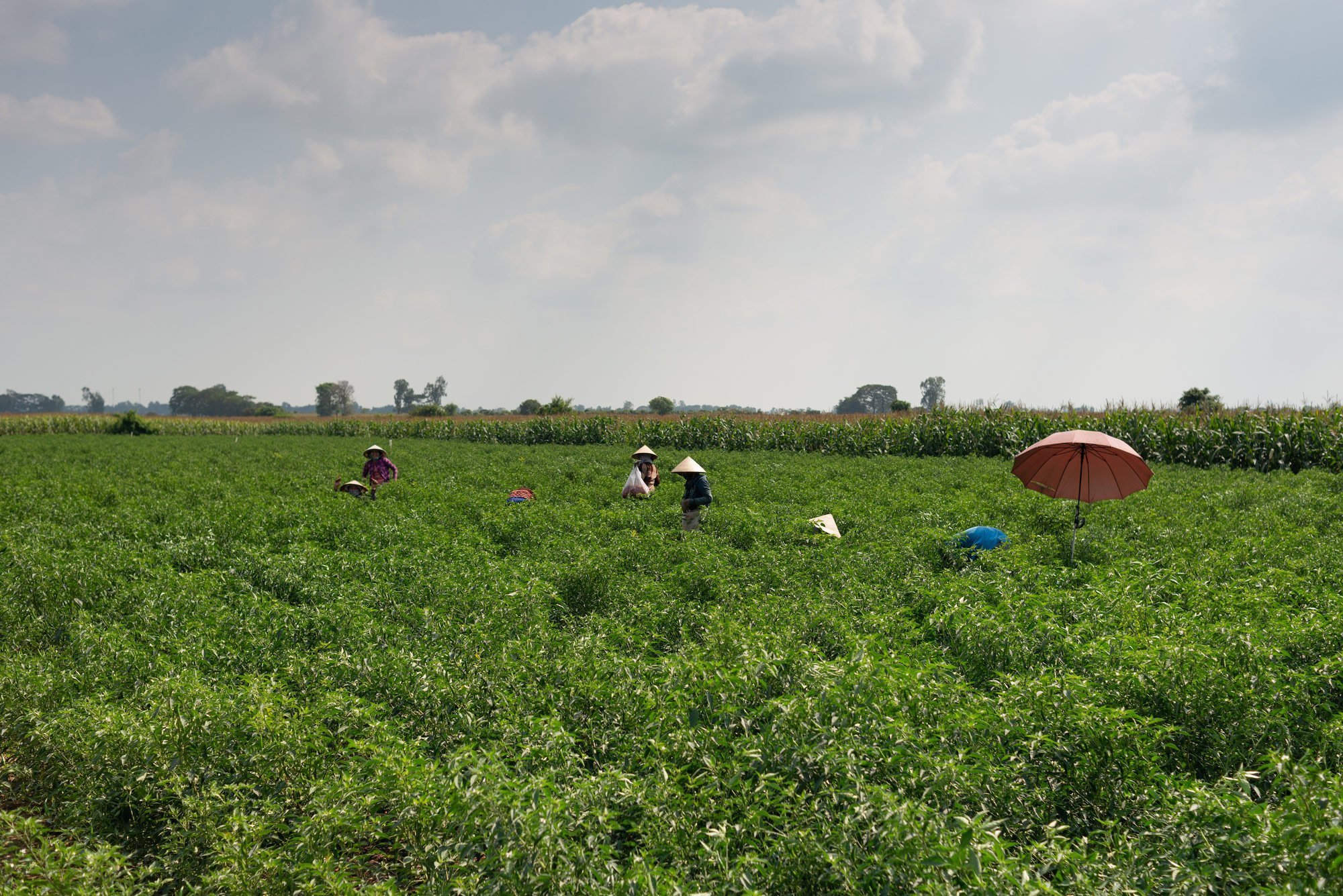 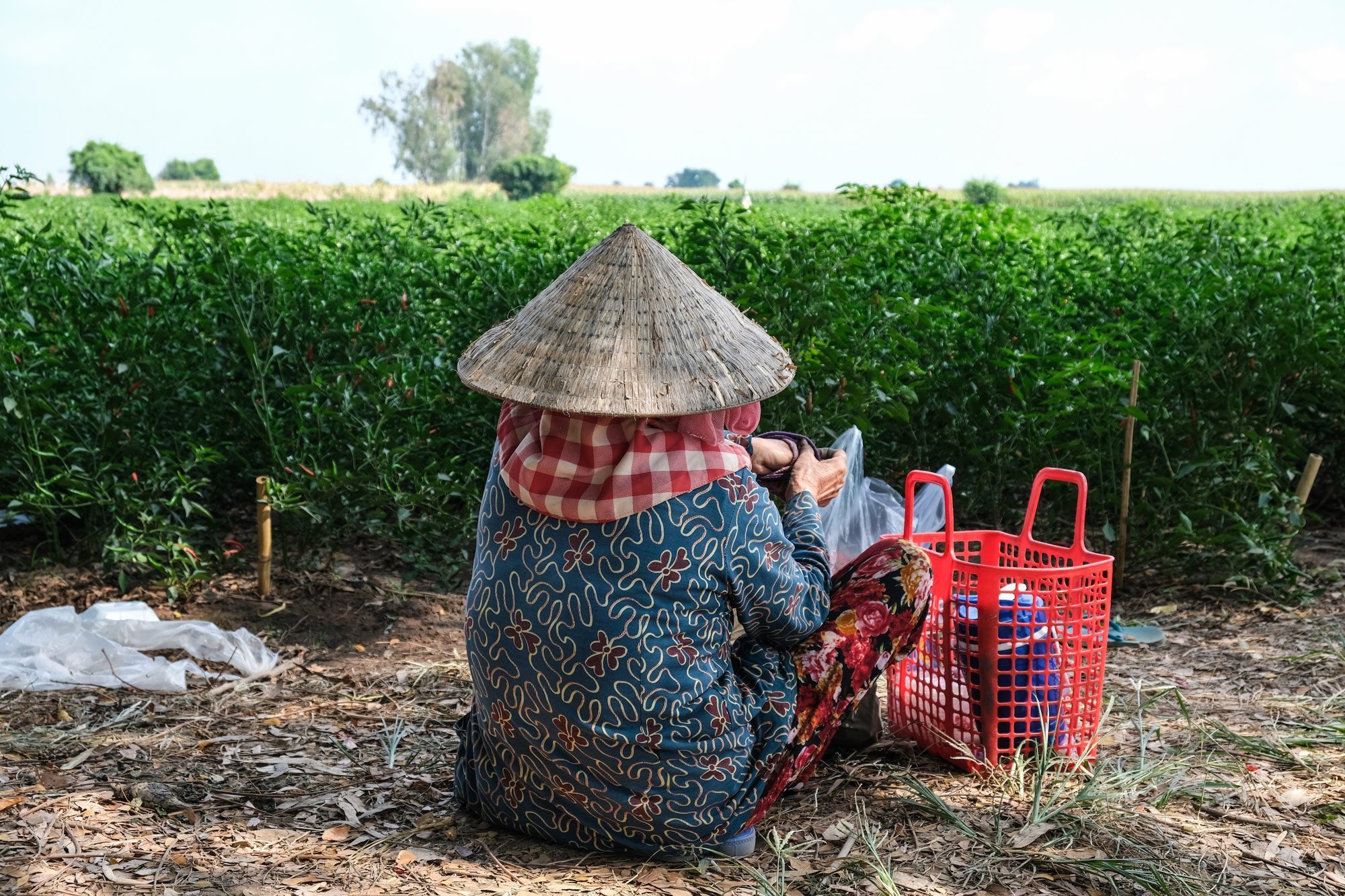 Cambodia changed its birthright citizenship in 1996 to only include children born to foreign parents who are legally staying in the country. This applies to newborns after the implementation of the amended Law on Nationality on 9 October 1996.

Born in the village to Vietnamese parents in 1984, Tho explained the new registration process that almost every family in this heavily Cambodian-Vietnamese area went through: “Vietnamese embassy officials comes [sic] with the Interior Ministry every two years to do the paperwork. We sign our names and get the [Cambodian] ID card without having to pay.”

That fee, he noted while showing off his new residence card that allows him to travel within Cambodia, is 250,000 riel, or US$60 per person over the age of 18. His account was supported by multiple Pak Nam residents and other Cambodian-Vietnamese living elsewhere in Kandal Province.

“The Vietnamese embassy in Cambodia pays the tax [fee] for everyone. Without their help it would be much harder to afford to live, especially for those with big families,” he added.

“The Vietnamese authorities used to consider that the ethnic Vietnamese in Cambodia should be Cambodian, but now they are supporting us in this card registration. We are happy to work with them,” he said to Global Ground Media.

However, General Sopheak denied any knowledge of a policy in which the Vietnamese embassy paid the registration fees.

“We are not aware of that,” he stated.

He went on to explain that the system of confiscating existing documents was due to widespread falsification of paperwork that had allowed non-citizens access to citizen-only services.

“[There were] many abnormal certificates and ID cards, so we have registered them to follow the laws of Cambodia. We asked them to exchange their often fake cards for official ones,” he said.

“The ID cards recognise them as legal immigrants in Cambodia, where they have to respect the law…anyone without a card is an illegal immigrant.”

The residency cards, while officially allowing families to live and travel in Cambodia, do not convey the citizenship which the birth certificates provided before they were taken away, leaving Cambodian-Vietnamese residents stateless. They are neither legally Cambodian nor Vietnamese citizens and have no passports.

While the 1996 Law on Nationality states that children born in Cambodia with at least one parent having Cambodian citizenship can obtain citizenship themselves, in practice, this has proven very difficult for families to do. 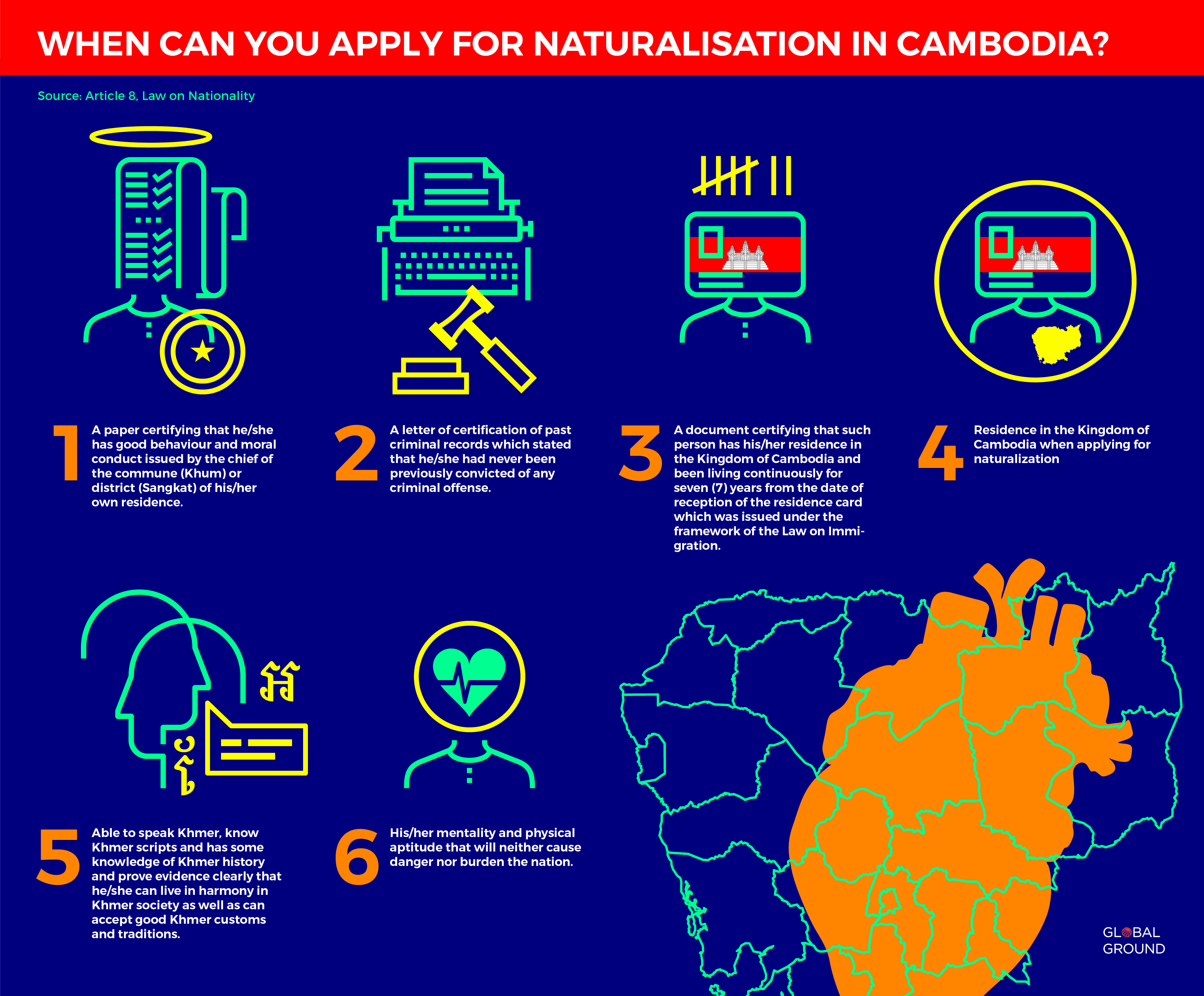 Cambodia’s border with Vietnam is still not fully demarcated, a point of contention in Cambodia amid fears of Vietnamese encroachment.

The buying of land on the Cambodian side of the border by Vietnamese firms is pointed to as one example of a legal method of this, while the installation of new border posts in contested waters by the Vietnamese navy in 2018 is held up by the Cambodian government as a more serious attempt by Vietnam to move the border.

Yet the widespread dislike and distrust of both Vietnam and the Vietnamese in Cambodia have deeper roots than the shared border, noted Sophal Ear, Associate Professor of Diplomacy & World Affairs at Occidental College in California, shown in the disproportionate resentment against Vietnamese compared to the Thai or Lao.

“Honestly, there’s resentment against Thailand, but it is not nearly as bad as [against] Vietnam. And Laos? Forget it, there’s [no resentment] there,” he wrote in an email.

The resentment is much more nuanced than simple anti-Vietnamese xenophobia. Poor fishing and farming communities take the brunt of public focus, and action from authorities, while wealthy urban Cambodian-Vietnamese are largely left alone; making attempts to group all ethnic Vietnamese together academically are problematic.

“There are different Vietnamese – there’s the fisherfolk, and then there’s the Phnom Penh folks, and many others in between. It’s hard to see an overall narrative that is ‘The Vietnamese in Cambodia’,” Ear explained. He added, “In fact, those who became spouses of generals and officials are very well off. Then there are certainly folks inside the Cambodian government now, who […] are ethnic Vietnamese, but speak the [Cambodian] language and have Cambodian names.”

With many Cambodian-Vietnamese communities living for generations on the fringes of Cambodian society, away from public officials and services (and not always speaking Khmer), obtaining official documentation is a logistical challenge.

Adding to that, the hundreds of thousands of people who fled from Cambodia’s violence and disruption in the 1970s saw public records and personal paperwork lost or destroyed. This has led to the exclusion of many Cambodian-Vietnamese families from formal education and health services, along with limited employment possibilities.

Members of the Cambodian-Vietnamese community are also unable to claim Vietnamese citizenship across the border and face limited access to solid employment opportunities in Vietnam due to a lack of Vietnamese documentation, Tho explained.

“As I don’t have a Vietnamese ID, I cannot get a good job in a factory, so can only do manual work…There are no problems about working in Vietnam [in the form of labour-intensive jobs paid in cash], no hostility to us, but people do call me a Cambodian immigrant, so we are seen as different,” he said.

“It’s impossible to obtain a Vietnamese ID, as you have to have a Vietnam birth certificate.”

Even though he works in Vietnam, his children attend school in Vietnam, and Vietnamese is his family’s first language, Tho remains adamant that Cambodia is his home.

“I would say I am Vietnamese. The tax [fee] and ID card [stops] me feeling really Cambodian, but I will not leave here. I am attached to the land of my birth, my family home and my way of life,” he shared.