Cheerleader and Referee: Appearance of Conflicts of Interest at Microfinance Regulators

Have MFIs and regulators learned from the mistakes of the past? (part 3)

Questions about the independence of self-regulatory organisations (SROs), Microfinance Institutions Network (MFIN) and Sa-Dhan have arisen.

MFIN’s transparency is a concern, since the organisation does not publicly share critical field investigation reports, credit bureau data and third-party MFI evaluations as mentioned in the Responsible Finance India Report 2016. According to the report, this is likely because MFIN draws funding from member MFIs, constraining public disclosure. “Funding of [self-regulation] through public funds will also ensure that the public disclosure will increase, as currently being a member-based organization, critical aspects of its functioning such as field investigation reports, [credit bureau] data, and so on are not disclosed, thus reducing transparency in its functioning.”

Professor Misra noted that a majority of MFIN’s board members should be independent, and independence criteria should “exclude people providing direct services to member MFIs, such as funding.”

​“Self-regulation is an oxymoron, and having industry associations as quasi-regulatory bodies is fraught with danger,” he adds.

MFIN has 12 governing board members, eight of whom are from member MFIs. The remaining four members are so-called “independent board members.”

Professor Alok Misra is also designated as an independent board member. Misra was previously the CEO of a microcredit rating agency (M-CRIL) and assistant general manager of NABARD (National Bank for Agriculture and Rural Development), which lends to microfinance institutions. When Global Ground Media asked Alok Misra about his designation as an independent board member of MFIN, he declined to comment.

Dr Aruna (Limaye) Sharma, a retired Indian Administrative Services officer, is the only independent board member not previously working at an organisation providing direct services to members of MFIN.

Raising concerns about MFIN’s board, Arunchalam expressed his opinion in an interview with Global Ground Media: “SIDBI and MUDRA are major lenders to the microfinance sector. CARE Ratings and M-CRIL perform third-party evaluations and code of conduct assessments. How can former employees be independent board members of a self-regulatory organisation, when they have worked for organisations that profit from the microfinance business? Under no circumstances can MFIN’s board be called an example of good governance.”

He suggested that board members could function independently only if there was a sufficient time gap between their previous microfinance industry affiliation and current position as an independent board member of a self-regulatory organisation.

An examination of the work backgrounds of independent board members Navin Kumar Maini, Desh Raj Dogra and Alok Misra, showed that they joined MFIN approximately a year or less after quitting their previous jobs in microfinance as listed above. Dr. Aruna (Limaye) Sharma was appointed as an independent board member by MFIN six months after she retired in August 2018 as Secretary, Ministry of Steel.

“If ever there is a conflict of interest with a member of MFIN, our independent directors adhere to the highest standards of corporate governance and recuse themselves from any discussions,” an MFIN spokesperson said by email.

MFIN’s 2018 Bye-laws state that “representatives of Associates [non-members] are eligible to be nominated as independent members.” Associates refer to non-members engaged in activities related to microfinance and financial inclusion and have associateship status with MFIN, but are not NBFC-MFIs.  The bye-laws do not state that representatives of member organisations are eligible on the condition that they need to disclose their affiliation.

An MFIN spokesperson says that independent board members are chosen for their ability to augment the association’s knowledge and expertise. “Microfinance as a business does not work in isolation. MFIN and its members work closely with multiple stakeholders,” the spokesperson said.

Two of four MFIN independent board members, Dogra and Misra, are performing these functions while at the same time being affiliated to member organisations.

The other self-regulatory organisation,  Sa-Dhan, currently has 11 members on its governing board, of which eight belong to member institutions of Sa-Dhan. Another three are independent members, of which Brij Mohan was a former executive director at SIDBI and Madhukar Umarji was an executive director at RBI, which they left in the 2000s. A third independent director is Rajashree Baruah, Chief General Manager at NABARD.

Satish did not respond to repeated questions about Baruah’s position at NABARD.

Arunachalam said about Sa-Dhan’s board: “Sa-Dhan’s board is not perfect. Yet, the fact that they have a representative from the regulator RBI is a sign of more neutrality.”

Arunachalam added that the RBI is aware of weak governance in the sector, but is itself suffering a crisis of credibility. “Does RBI ensure the veracity of reports submitted by the [self-regulatory organisations]?” he asks. In recent years, RBI has been questioned for weak supervision, lack of transparency and failure to check dubious lending. RBI did not respond to repeated requests for comment from Global Ground Media.

In its case by the Central Information Commission against RBI for not providing the names of defaulters, RBI said it could not provide the names due to “confidentiality between customers and RBI” and the requested information would not only pertain to wilful defaulters but also the borrowers suffering economic distress. The case is pending in the Bombay High Court. 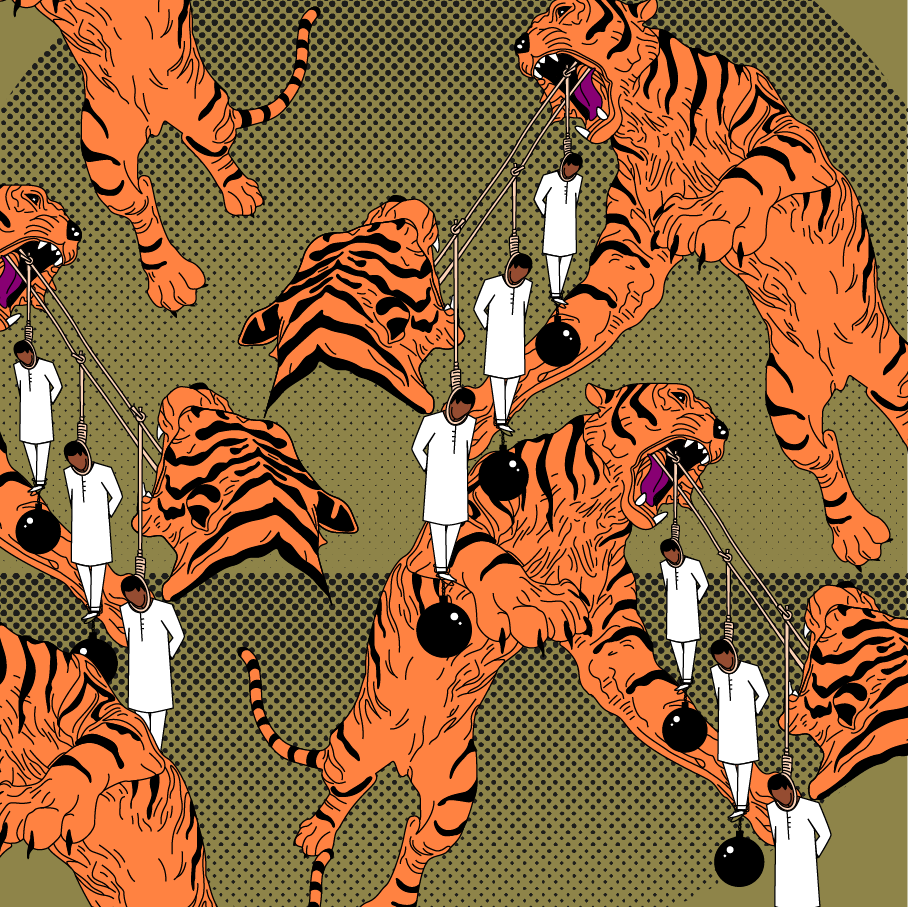 Even as governance in microfinance causes concern, the on-the-ground realities are no less troubling.

Moin Qazi, who has worked with banks and microfinance companies, and has spent four decades in the development sector, adds about the microfinance sector generally: “Things are very bad on the ground. Loan officers should adequately counsel borrowers but have huge targets to meet. Due diligence is neglected in the process. Are MFIs serving the poor or profiting off the poor?”

As MFIs expand their loan portfolio, loan officers face pressure to get more clients and ensure loan repayment. The Inclusive Finance India Report 2018 points out that the concerns of loan officers about increasing workload, in terms of the number of clients and volume of portfolio handled, have yet to be fully addressed by MFIs.

Amulya Krishna Champatiray, who works in financial inclusion and leads training and workshops at IFMR Lead, a research organisation that works on microfinance, states that MFIs have learned from every crisis, but have a long way to go as far as clients are concerned.

Even as microfinance’s advocates try to paint a picture of all being well, a closer reading of the sector and regulators indicates that while some MFIs try to financially service the poor, warning signs persist and issues which sparked the 2010 Andhra Pradesh crisis continue to spell trouble for the sector.