Is it time for a radical new approach to fighting global warming? (part 1)

One may call it a crazy idea. Someone else may say it’s an expression of desperation about the lack of action on climate change. Despite the regretful tone, however, these comments are from researchers who advocate further study into whether climate engineering could be part of the answer to alleviate global warming.

Climate engineering, or geoengineering, is a broad term that can cover a range of potentially large-scale interventions in the Earth’s climate, in a bid to reduce or reverse the warming trend. In one concept that has been contemplated by researchers, aircrafts would spray reflective aerosol particles into the stratosphere to reflect some sunlight back out to space. This would aim to replicate the cooling effect of sulphate particles churned out by volcanic eruptions. Such an effort would likely be an ongoing operation, and have to be globally coordinated, to be effective.

This may sound like a dramatic or risky approach, but advocates for further research say the only reason it’s being contemplated is that the world’s political leaders have failed to cut greenhouse gas emissions deeply enough to avoid the most severe impacts of a hotter climate.

“I always describe the idea of doing geoengineering to be insane – and it is,” says Professor John Moore, who leads a geoengineering research program at Beijing Normal University.

“No sane society would choose to do geoengineering. The fact that we are having to look at it is because the correct course of action requires more courage than the political leadership around the world has. So, that’s why we’re in this position.”

Andy Parker, an honorary research fellow at the University of Bristol, says in a Skype call with Global Ground Media that the 2015 Paris Agreement to cut global emissions was “an absolutely crucial necessary step forward for climate policy.” However, he warns that, even if nations cut their emissions by the promised amounts, the world would remain on track to get warmer by more than 3 degrees Celsius above pre-industrial levels.

Under the Paris Agreement, countries committed to keeping the global temperature increase this century to “well below” 2 degrees Celsius while aiming to try and contain it to 1.5 degrees Celsius.

However, each country that signed the agreement was given the freedom to set its own emission reduction targets, and the United States under President Donald Trump has since walked away from the deal. According to an analysis by the Climate Action Tracker, the policies presently in place around the world are projected to “result in about 3.3 degrees Celsius warming above pre-industrial levels.”

On-screen, Parker sits in front of a collection of bones of the long-extinct saber-toothed tiger in the University of Bristol’s Department of Earth Sciences. He now contemplates the risk to humanity from climate change, underlining the scale of the emergency: “I think the fact that people are studying SRM [Solar Radiation Management], seriously considering sun-blocking, is an expression of desperation about the state of climate risk.”

He continues: “The fact that we’ve known about climate change for decades and yet people have not been acting nearly fast enough, cutting emissions far enough, fast enough, to avoid what looks like a pretty high level of climate risk…that’s what’s caused people to start looking at these alternative approaches.”

Parker is also Project Director of the SRM Governance Initiative, which aims to foster debates about how such proposals would be managed if implemented – a daunting task given the competing interests of countries around the world. The initiative is an international project based at The World Academy of Sciences in Trieste, Italy, and the Environmental Defense Fund in San Francisco, USA. The initiative recently awarded grants to eight research teams to assess the impacts of such interventions on developing countries and emerging economies, on the basis that these voices must be part of the global climate conversation.

The eight modelling projects will share a total of US$430,000 in grants provided by the Developing Country Impacts Modelling Analysis for SRM (DECIMALS) fund by the SRM Governance Initiative, which received support from the Open Philanthropy Project. The projects were selected from among 75 proposals from 30 countries. 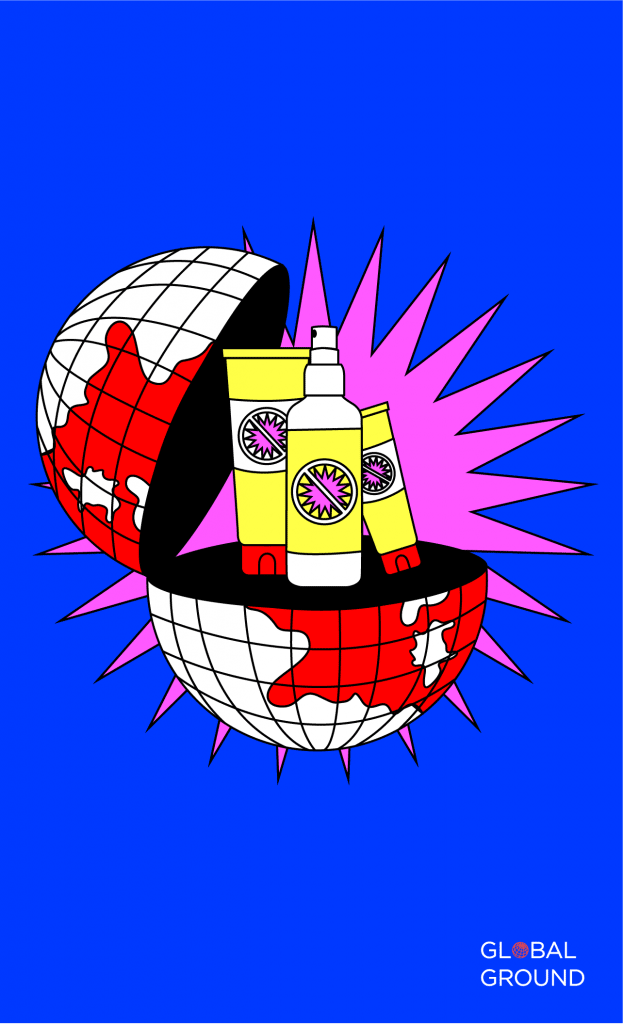 Each project has a different focus on working out what the pros and cons of geoengineering would be in their country or region. Researchers emphasise that they are not conducting outdoor experiments, but instead using computer-based modelling to quantify the potential impacts.

In Indonesia, for example, a research team will assess how climate engineering could alter the incidence of floods and droughts in the country. The team, which is based at the Sepuluh Nopember Institute of Technology in Surabaya, East Java, will also examine the possible impact on the heat stress index, a measure that takes into account not only temperature but also humidity. When the index is high, people can be vulnerable to heat stress, a potentially dangerous condition that can lead to dehydration and even death.

“Because of climate change, floods happen more frequently in many places in Indonesia during the wet season due to heavy precipitation [rainfall],” explains the Principal Investigator of the project, Heri Kuswanto, who is also Coordinator of the Climate Change Group at the Sepuluh Nopember Institute of Technology’s Centre for Earth, Disaster and Climate Change.

“Meanwhile, drought duration and magnitude in some parts of Indonesia are higher and higher over time.”

Kuswanto says that research is essential to Indonesia, as it is one of the most vulnerable countries to the impacts of climate change. “Shifting the seasonal period, prolonged drought, higher intensity of extreme rainfall are some [examples of] evidence of climate change impact, among others,” he says. “All of these events are happening now. Indonesia is also getting warmer and warmer over time. If we do not do anything to stop the increasing temperature, what will happen in the next 50, 70 years? What will happen with our kids? What will happen with other animals?”

Kuswanto cautions, however, that the research is not intended to support the deployment of climate engineering. Instead, the researchers “stand in the middle” and aim to indicate whether such interventions would have a positive or negative impact on extreme temperature and precipitation change. “If it is good, then it will provide a scientific justification to continue SRM. If not, then another strategy might need to be explored,” he says.

Climate engineering is likely to present decision-makers with a series of difficult trade-offs – a point perhaps exemplified by the health impacts that will be considered by another DECIMALS-funded research project in Bangladesh.

Achieving a reduction in heat waves and flooding may reduce the incidence of cholera in Bangladesh, but excessive cooling may also increase the prevalence of malaria. The research team, based at the International Centre for Diarrhoeal Disease Research in Dhaka, will look at various scenarios for temperature and rainfall levels and analyse what that would mean for health outcomes.

Researcher Mohammed Mofizur Rahman, who is a co-principal investigator on the project, says he has seen meta-analysis suggesting that the temperature tolerance window for the malaria vector (carrier) is changing. The research team will examine what this means for malaria transmission if SRM is implemented. “So, we want to test it in computer simulations.”

Like the other researchers, Rahman says he is neither in favour nor against climate engineering; he wants to help ensure an informed debate.

Bangladesh, one of the most climate-vulnerable countries, needs to develop its own research base to ensure it can make decisions that take into account local impacts, he adds.

“The people who are really affected – their voice is not heard,” Rahman says.

Instead, Parker concedes, “it’s likely to be a messy mixed picture. Working out who it might benefit or harm and where and when is a good first step to being able to make an informed evaluation of it.”

Moore, of Beijing Normal University, will serve as a research collaborator on the DECIMALS projects, helping the teams to understand how to use the existing climate engineering models and apply them to their own research questions.

“I think that the conversation that’s been had to date,” Moore says, “has been far too much from the Western-centric viewpoint, and I think that the voices of the people who are being very strongly impacted by climate change already absolutely need to be heard on this far stronger than they have been.”